The term ankylosis stands for loss of mobility of the spine, whereas spondylitis means inflammation of the spine. Therefore, ankylosing spondylitis is a condition where chronic inflammation of spine and sacroiliac joint, results in complete fusion of the vertebrae leading to pain and stiffness in the spine. Sacroiliac joints are present in the lower back where the sacrum part of the vertebrae joins the iliac bones.

Ankylosing Spondylitis is a systemic disease affecting other tissues and organs throughout the body. It can cause inflammation of faraway joints and organs such as the eyes, heart, lungs and kidneys.

The development of ankylosing spondylitis is believed to be genetically inherited as a majority of patients suffering from this condition are found to be born with gene known as HLA-B27 gene. Other factors involved are family history, gender and certain environmental factors which can trigger immune system problems leading to chronic tissue inflammation.

The starting symptom of ankylosing spondylitis is pain and stiffness in the lower back which may get worse in the night or early morning. Back pain may be felt in the sacroiliac joint between the spine and pelvis. Progression of the disease can affect all or part of the spine resulting in decreased mobility of the lower spine and fatigue.

Other symptoms which are rarely seen are fever, loss of appetite, eye inflammation, and pain in heel, hip and other joints of the shoulder, knee, and ankles.

The diagnosis of ankylosing spondylitis condition involves physical examination to evaluate the patient’s symptoms, X-rays and blood tests. Physical examination helps the physician assess stiffness and range of motion of the spine and other related joints. X-rays are ordered for a clear diagnosis of sacroiliac joints, vertebrae, and other related bones. Certain blood tests are employed such as HLA-B27 antigen, and sedimentation rate which is a marker of inflammation throughout the body.

The treatment of ankylosing spondylitis involves the use of certain medications to help reduce inflammation, suppress immunity, and prevent progression of the disease. Different classes of medication available for treatment are NSAIDs, corticosteroids, or other new classes having anti-inflammatory and pain relieving effect.

Other treatment options are physical therapy and exercise. These are very effective measures and helps alleviate many symptoms. One should eat a healthy whole food diet and should avoid drinking alcohol and smoking cigarettes.

In cases, where severe damage of the joints or spine occurs, surgery can be performed by the orthopaedic surgeon. 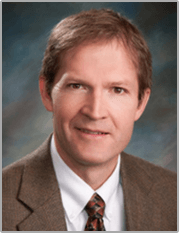 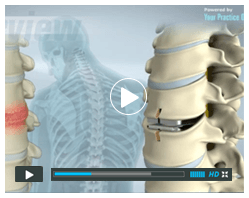